Theatre of the Damned!

Theatre of the Damned!

Crime was rampant, living conditions terrible. The repercussions of the ‘Reign of Terror’ were continually felt by Parisians. Death was everywhere… mortality rates were high. The poor lived in misery and the rich thrived off of their poverty. But in death, there is no distinction……

“You Sinners and Sinned! You Murderers and Victims! You Moneyed and Destitute! We invite you to the Theatre of the Damned, to join us for a one-night soiree, a performance in purgatory, the band to tell the story….and a celebration of our death! 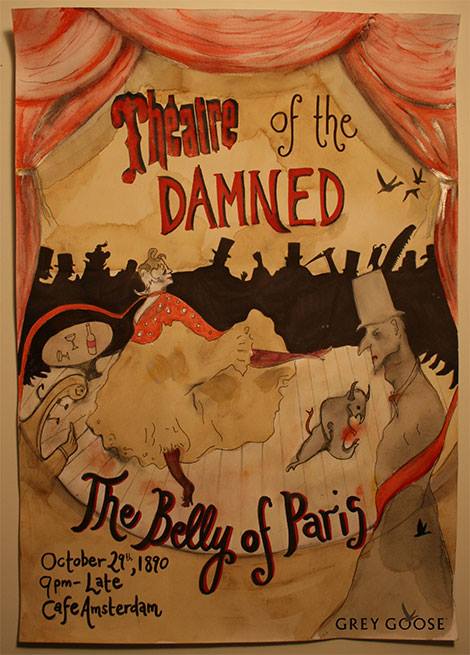